The Mythopoetics of Ti

Ascending: Transition. Death/rebirth, moving to the next level.

From Unfathomable Source bursts forth Divine Will, and through it a myriad of worlds is born. Ti is the first child: in our Ray of Creation, it is the cosmic being that is our Universe. In it we are like fish in the sea: we have nothing to measure it against and cannot conceive of its boundaries. We cannot observe its density, for it is itself the stuff of the observer. It is the very notion of matter and vibration, the very notion of notion. 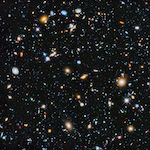 In the downward flow of nature, in a descending scale, ti is firstborn and represents revelation: we see the child’s face. Cards drawn below ti occur at a time when true nature  is revealed.

In the upward flow of will, in an ascending scale, ti is the last note. Cards drawn above ti speak of transition: heavy with portent, pregnant with change, they occur at a jumping-off point, at the last step of a long climb.

Fa and ti are unique in that they form a tritone within the major scale (a tritone built from any other diatonic point takes us out of the scale.) Fa and ti, then, are counterparts of each other—diatonic counterparts, if you will—hence their inverse relationship in terms of meaning. Both fa above and ti below represent transition, though with different emphases; both fa below and ti above represent revelation, ditto.