Mechanics to Metaphor: Ascent and Descent

Ascent and Descent. Muzoracle castings are based on the diatonic scale: do-re-mi-fa-so-la-ti going up, and do-ti-la-so-fa-mi-re coming down. As explained on the Harmonic Engine  page, the notes of this scale emerge from a ternion comprising three interconnected harmonic series: the Present Series, which gives us do, so, and mi; the Potential Series, which gives us fa and la; and the Source Series, which gives us re and ti. Each series within a ternion gives birth to the next through time—source to present, then present to potential—via the arising of each’s seventh partial and the workings of the Harmonic Engine. 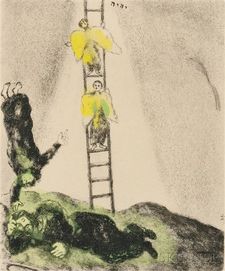 The yields of the Harmonic Engine are downward in nature: as each seventh partial arises, another series is born a perfect fifth below its own. When we reduce a ternion into a single diatonic scale, it is a downward traveling one: do-ti-la-so-fa-mi-re. In Muzoracle mythopoetics and castings, descending scales represent the downward flowing, organically proliferating processes of Nature: the things that happen around us, to us, and through us. Ascending scales, on the other hand, represent intentional processes: the things we make happen, or try to.

Descending and ascending processes are not necessarily in opposition—they are, however, interdependent. They correlate with, and are fueled by, the Initiating and Receiving forces : the upward push of intention and action brings the new into being, at which point it joins the downward flow of manifestation; but without things being manifest in the first place, there would be nowhere to set intention and take action from.

The notes in a diatonic scale, and the scalepoints on the Solfège Dice, are like rungs on a ladder; they have a different significance, a different meaning, depending upon which direction we are traveling. The bottom rung of a ladder, for example, marks the beginning of an effort when ascending, and the end of a journey when descending. That’s why, with the Musician’s Die, we determine the direction of a casting at its outset: the scalepoints we roll afterward mean different things, depending on whether we’re going up the ladder or coming down.

“What’s comin’ down” manifests in many ways: tides of misfortune, streaks of luck, remarkable strangers, friends at the door… Ultimately, though, in its finest form, the Descending Force is love. Bursting forth from Unfathomable Source, love descends through slowing levels of vibration and increasing levels of density, expanding each as it is expressed: love is how the universe expands. By the same token, love expands our hearts: it creates more space than it occupies, making room for ever more love to be expressed. 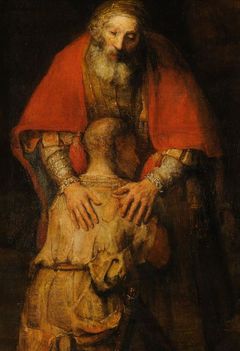 Love cannot be ungrown—
once it becomes, it remains.
The universe has changed.

We mourn love lost,
but it cannot be—
it can be buried, denied,
cast off, illegalized, unexpressed,
but the born cannot be unborn;
the sky cannot unrain.

We cannot love or be loved less
than we did or were;
if it is less than we thought,
it never was more.

No one has ever been loved
more than they are now.
Every tender moment is eternal