The Mythopoetics of Fa

Orbiting around the Sun and drawing its energy are the planets and their moons. Their vibration and density level is that of fa. Fa may well have been the end of our particular Ray of Creation, except for a most extraordinary, and for us fortuitous, event: the chunk of rock that smacked into the Earth, creating the Pacific Ocean and the Moon. This was, in essence, a birth. Energy-wise, the Earth was altered in terms of its absorptive capacity; on top of that, She had a child to feed. Two more levels of slowing vibration and increasing density appeared: that of the newly altered Earth at mi, and that of Her child, the Moon, at re. 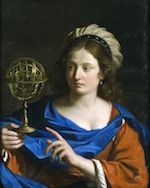 Fa, then, resides at the planetary level—the astrological level. It is the uppermost layer of our Archetypal World, the world of our goddesses and gods.

In the downward flow of nature, in a descending scale, fa appears as transition: here begins the crossover from, the infiltration of, the intangible into the touchable; here the gods come out to play. Cards drawn below fa speak of that which is coming to fruition or becoming manifest.

In the upward flow of will, in an ascending scale, fa represents revelation. Now begins the crossover from the touchable to the intangible; now we begin to recognize forces at work larger than ourselves. Cards drawn above fa reveal the deeper, more profound nature of what’s at hand.

Fa and ti are unique in that they form a tritone within the major scale (a tritone built from any other diatonic point takes us out of the scale.) Fa and ti, then, are counterparts of each other—diatonic counterparts, if you will—hence their inverse relationship in terms of meaning. Both fa above and ti below represent transition, though with different emphases; both fa below and ti above represent revelation, ditto.