The inverse of a Minor Third is a Major Sixth, and it is a joyful sound. It implies the consonance of the Major Third, but lacks its intimacy; it is instead wide open and exuberant. The Major Sixth is all about positive attitude. 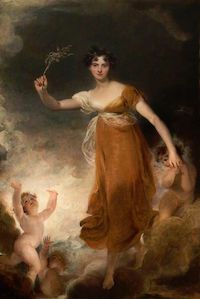 Both Minor and Major Sixths reference the future. The sound of both dyads is characterized by their “stretched-ness,” by their “hole in the middle.” But where the Minor Sixth carries a longing into the unknown, the Major Sixth knows where it’s going and proceeds with confidence.

In the active suit of Brass, the hermeneutic for the Major Sixth is courage; in the emotional suit of Strings, hope; in the intellectual suit of Woodwinds, foresight; in the physical suit of Percussion, readiness; and in the spiritual, holistic suit of Voices, faith.