The Mythopoetics of Re and Le

The density and vibration level of re is aligned with the Moon. She is Earth’s child, the youngest in line, the growing one who is always hungry. In a descending scale, re is the last step, the furthest point from do, and hangs like a weight, representing dependence. Cards drawn below re—or its chromatic counterpart, le—point to a time in which we are needed, in which our energy is required. We may find ourselves faced with a person or situation that sucks the life out of us; or, we may be confronted with someone or something that simply needs us, like a child needs its mother. Addendum 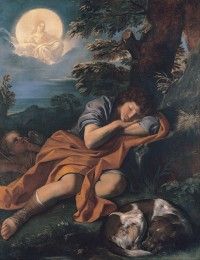 In an ascending scale, re is the second step; as soon as our intention is voiced at do, re appears as resistance. Cards drawn above re or le appear at a point of reactivity, of unconscious or unexamined response. Re ascending is the point of mechanicality: it’s when we’re on auto-pilot, when the mechanisms within that operate unconsciously or without our permission are in control. We can see mechanicality in our habits, in the lies we tell ourselves, in both our posturing and posture, in our knee-jerk reactions, in the things we cling to; we can see it, but rarely do. Unexamined response isn’t always a bad thing: in the case of a hot stove, it’s best to remove one’s hand quickly rather than stop to think about it. In any case, re or le ascending presents an opportunity to see what we usually can’t.

One might begin to get a negative impression of the Moon, with dependency and mechanicality as its scalepoints. Heaven knows, She has taken plenty of hits from culture, from Her association with the insane (luna-tics) to Her ties to women’s mysteries, emotionality, witchcraft, and other things that scare the men.

The Moon, of course, embodies a sacred and necessary force. As the last planetary being in our Ray of Creation, She is the pathway to the vital nothingness of the Void. She is aligned with what within us is most dense, and a groundedness deeper than the ground. She is the beauty and glory of all we are right now, without changing a thing.

In Greek myth, the moon goddess Selene falls in love with the handsome shepherd Endymion; in order that he remain forever hers, she casts a spell to keep him eternally asleep, and in this sleep he fathers her fifty daughters. (In some versions of the myth, he chooses this fate.) The scalepoint of re is the Beloved not yet awakened; when we wish to wake, the Moon hangs in the sky like a mirror, showing us who and where we really are.