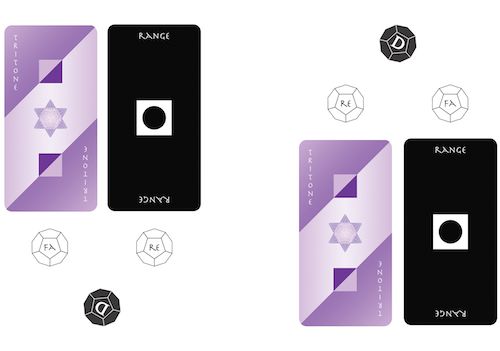 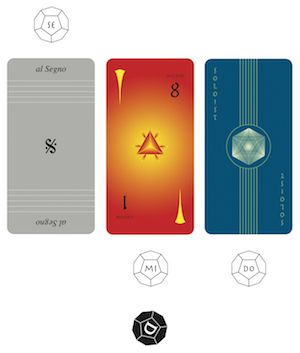 In the descending casting below, the diatonic scalepoints ti and re are traveling downward from the Musician’s Die, with the cards below them. The chromatic scalepoint me, however, is traveling upward, so the die goes below the card instead of above it. 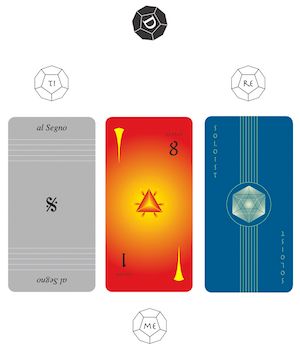