Acoustic Resonance. Imagine we’re generating a frequency—say a bass frequency, with waves 3 feet long. Let’s say we’re generating that frequency from a speaker at one end of a hard-surfaced room that is 12 feet long. Our 3 foot wave, then, will cycle 4 times, hit the wall, then bounce back. After it bounces, the wave coming back will be in phase with the sound still coming out of our speaker: the bounced wave will ride the hills and valleys of the original wave back across the room. When the bounced wave bounces again, the process will happen again, then again and again, back and forth, back and forth. While that is happening, those hills and valleys get taller and deeper with each bounce; and our frequency gets louder and louder. In other words, we don’t need to turn up the volume at the speaker; at that frequency, the room turns up the volume for us. When a wave compounds like that it’s called a standing wave; standing waves are the effect of a room’s resonant frequencies. 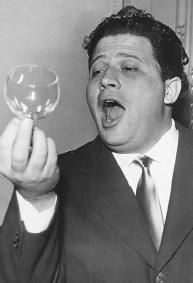 Resonant frequencies are a big deal in acoustic design—you obviously need to take heed of them when building a concert hall or recording studio in order to get a pleasing sound that does not artificially color the instruments being played. Surfaces in those spaces are often not parallel, so waves can’t bounce endlessly between them; and there is much attention paid to the absorbing and reflecting properties of building materials. Resonance plays a major role in instrument design as well: which frequencies resonate within and how they get out greatly determines an instrument’s character (think guitar body and sound hole.) Interestingly, resonance crosses the Rhythm Line: when designing aircraft, for example, engineers have to design fuselages so they don’t resonate with engine drones and begin the very process oriented activity of falling apart.

After Science. So far we’ve been considering vibration within media that science can measure. There is more of life that science doesn’t see, however, than it does. Contemporary science, as of this writing, has no knowledge of, no language for, the materiality of thought, or feeling, or sensation; it only measures the correlations of those materialities with things it can measure, like brain and neural activity. But the effects of vibration plainly do reach into those materialities. How is it that certain music can make an entire room of strangers from different cultures all feel sadness, or peace, or excitement? Why does sound healing work? What are the charms music has to soothe the savage breast? Why is it the food of love? How is it that we dance?

Thought, feeling, and sensation are the stuff of our lives; we are utterly within them. And they are material—nothing exists outside of Nature, there are just some materialities we’ve yet to describe, some nature we don’t yet include in our mansplaining. There is plenty to suggest, though, and nothing to suggest otherwise, that the laws of vibration reach into our immeasurables as well as our measurables—and resonance is chief among those laws.

Vibration, Excitation. How is it that we become excited? Someone tells or suggests something to us, and we become enthusiastic, or agitated, or it gets us thinking… this is resonance at work. The (as yet immeasurable) vibrations of an idea or feeling or act are put forth into the ethers, rather like a musical note, and there is something like within us, an ideal space or similar set of ideas or feelings, that are set into motion accordingly. This vibratory exchange, this broadcasting and receiving, resonating or no, goes on constantly in every conversation, in every interaction, even between species. Resonances make friends and enemies, they drag us to war then out again; they make tribes, nations, families.

Inwardly, resonance can be addictive—the increase in amplitude makes us feel alive. There’s something satisfying in those “that pisses me off every time” moments, for example; unconsciously, we might set up a frequency to draw whatever that is to us, because we love to hate it. Resonances found in empathy or love, on the other hand, do more than make us feel alive—they make us be alive. There are resonances associated with disease and with good health, happiness and misery, in body, in mind and feeling, over and underwhelming, criss-crossing the Rhythm Line ...

We are bells a-ringing, waiting to be rung.