Beginnings: Where it comes from.

Where it comes from. Way back in 2004, when the Muzoracle first began to arise from the ethers, I thought to “figure it out,” to fashion an oracular system based on the “true” meanings of its various components. Music, however, doesn’t lend itself to such clear-cut certainties. Approaching harmonics and the physics of sound and the way they interface with music theory, and the way both physics and music interface with the esoteric, I soon found myself in a house of mirrors. Attempts by others to quantify the musical experience, to objectively define it for any purpose, seemed contrived and overly academic; I didn’t want to burden the world with yet another tidy tome. Nonetheless, I was driven to explore. The process of uncovering the Muzoracle was a divination in itself, a constant stepping back, a sharpening of focus, a softening of gaze. The result is not a definitive answer about what music means; it’s an ongoing exploration of the questions music poses. 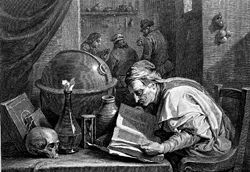 Much of the meaning in the Muzoracle—particularly within the Harmony Cards—is drawn from the feelings that its components evoke when played. Feelings are subjective, of course, and the definitions of both the cards and the dice are purposefully simple and broad in that regard—there’s plenty of wiggle room for interpretation, for listening.

The theoretical basis of the Muzoracle arises chiefly from the Harmonic Series, which is not only the foundation of music, but is at play across the entire vibrational spectrum.  Also at play within the system is the Golden Ratio, which is related to the Harmonic Series and is the basis of spirals in nature; everything in the Muzoracle, from the dice to the cards to the box it comes in, follows its proportions. The Platonic Solids, which are also associated with the Golden Ratio, are the basis for the iconography of the suits and their correlation with the classical elements.

Finally, the cosmological and philosophical underpinnings of the Muzoracle are much inspired by the ideas of G. I. Gurdjieff, as found in his writings and those of his pupils, and by the Taoist, Animist, and Pagan notions and ideals that to me are both native and dear.