A support, a helper.

Musically, an accompanist is person who “plays behind” whatever or whomever is being featured: a soloist, a dance troupe, a comic, etc. It is his or her job to provide, and often improvise, structure and support so whomever is up front can do their thing. Accompanying is not an easy task—it requires great attentiveness and a willingness to be invisible. 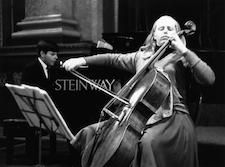 When we become the Accompanist, we become of service; we are the support team. As Accompanists, we can be noble, fighting the good fight. We can be selfless, putting the needs of others or the task at hand in front of our own. Consciously navigating the role of Accompanist means following when following is called for, yet taking the initiative when necessary: the goal or purpose is always foremost in mind and deed.

Unconscious Accompanists are subservient rather than being of service. Perhaps they feel unworthy to lead; perhaps they’re convinced that the world is an oppressive place, and they must take what they can get. True service is a beautiful thing; playing the martyr or victim, not so pretty. Like the paths of the Conductor and the Soloist, the path of the Accompanist is a slippery one. All that work and no glory can lead to—or come from—all sorts of twisted little places.

In the active suit of Brass, the Accompanist appears as The Aide; in the emotional suit of Strings, as The Consoler; in the intellectual suit of Woodwinds as The Tutor; in the physical suit of Percussion as The Provider; and in the spiritual, holistic suit of Voices as The Boddhisatva.