Perhaps best known for being the first two notes of “Chopsticks,” the dyad of the Major Second is bright and lively; it is dissonant, but not unnerving or grating. Neither note within the dyad predominates—each has equal weight. 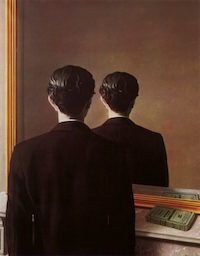 In a casting, the Major Second indicates division: two elements not necessarily in opposition, but operating independently. It can refer to a state of ignorance regarding another, or a lack of care. It can point to a split in values or concern, or indicate a parting of ways or a difference in agenda. The Major Second functions in a casting as rather the opposite of a Unison: where the Unison represents sameness, the Major Second represents difference—and possibly indifference.

Although the notes within the Major Second are seemingly unrelated, ultimately they are. The challenge of the dyad is to either find commonality or accept its lack, and to acknowledge in any case that fate has thrown its disparate streams into relation.

In the active suit of Brass, the hermeneutic for the Major Second is vacillation; in the emotional suit of Strings, indifference; in the intellectual suit of Woodwinds, differing ideas; in the physical suit of Percussion, separateness; and in the spiritual, holistic suit of Voices, diversity.