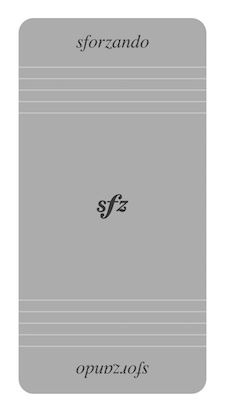 Sforzando is a Directive card, directing the querent to act quickly and with force. It can also indicate a shock, a sudden arrival of the unexpected.